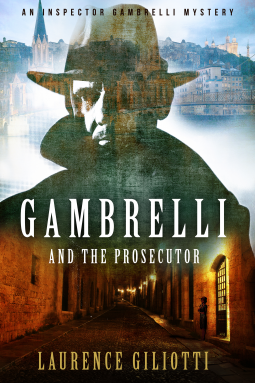 Gambrelli is a Detective Inspector for the French police. He’s happily married and his children are grown. He’s a little bit irascible during an investigation but he tries to fair and thorough. When he receives a call informing him that he has been summoned to the Island of Q to investigate a murder, he wonders why since the island is not in his jurisdiction. Then he finds out that Prosecutor Bertrand has been arrested for the crime and he only trusts Gambrelli to investigate. Now the Prosecutor and Gambrelli have been at odds several times in the past so this could present some challenges. Nevertheless, the case is intriguing and Gambrelli approaches it with his usual eye to detail. Along the way he must deal with mistresses, a jealous sister, thugs and a smuggler, but Gambrelli always gets his man, or woman.

This is a fun story in the cozy mystery category. The action begins on the Island of Q and continues in Paris. Gambrelli is a wonderful character, very well developed and very likable. There is also a really nice supporting cast of junior detectives, difficult superiors, his endlessly patient wife and of course, the really bad villains. The story has some very interesting twists and will keep you guessing as to who the actual murderer is until the end. I thoroughly enjoyed this and highly recommend it.