DI Amy Winter is hoping to follow in the footsteps of her highly respected police officer father. But when a letter arrives from the prison cell of Lillian Grimes, one half of a notorious husband-and-wife serial-killer team, it contains a revelation that will tear her life apart.

Responsible for a string of heinous killings decades ago, Lillian is pure evil. A psychopathic murderer. And Amy’s biological mother. Now, she is ready to reveal the location of three of her victims – but only if Amy plays along with her twisted game.

While her fellow detectives frantically search for a young girl taken from her mother’s doorstep, Amy must confront her own dark past. Haunted by blurred memories of a sister who sacrificed herself to save her, Amy faces a race against time to uncover the missing bodies.

But what if, from behind bars, Grimes has been pulling the strings even tighter than Amy thought? And can she overcome her demons to prevent another murder?

Let me just start by saying how much I enjoyed this narration. I think she did a great job of bringing the various characters to life and keeping the story moving. As for the story itself, I was totally intrigued by Amy and her story. When she finds out who her real mother is it could have gone a lot of ways, but she managed to keep the job in focus and do what needed to be done to solve the case. It’s an interesting battle of the psyches of these two women. There is a lot of abuse in the story as it unfolds but I found the domestic abuse situation to be fascinating in the way the author presented what was occurring but also how the person involved was rationalizing the whole situation. I don’t want to give anything away but there is a lot of thought provoking psychology going on in this book. I took to Amy’s character right away. She is so driven to live up to what she thinks is expected of her that I found myself cheering for her through most of the book. She is very vulnerable at times during the story but she’s also tough and determined not to let her circumstances undermine her future. To top it all off, there is a cat in this story who “saves” the day and I just can’t resist a good cat character. If you’re looking for a good listen, definitely check this one out. It is now summer in North Dakota. We’ve had a couple days of temperatures in the 90’s and quite a bit of rain over the last week of so. I have been doing some reading recently so let’s see if I’ve made any progress since my last Round-Up.

Goodreads Challenge – I am currently 1 book ahead of schedule on this down from 3 books ahead last time we checked.

Craig Johnson Challenge – So, I’ve decided that the Walt Longmire series will be my next challenge. I listened to the first book about a year ago and I’m just feeling like I need to spend some time in Wyoming. Plus George Guidall, one of my favorite narrators, is the voice for these books.

Coming Up – I’ve got 2 reviews hopefully going up this week. I am currently reading “The Turn of the Key“, the latest book from Ruth Ware releasing on 8/6/19. 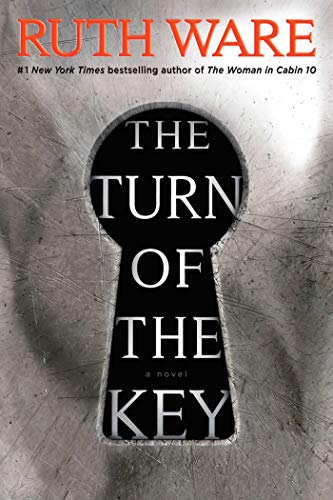 My current audiobook is “Truth and Lies” by Caroline Mitchell. 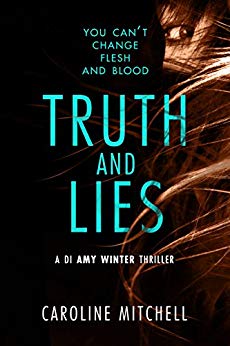 That’s it for now. I hope you all are having a great summer and reading some great books.