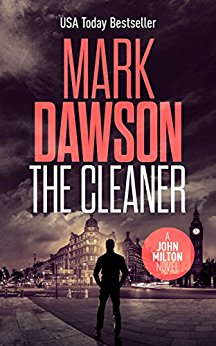 John Milton is a government agent, a cleaner, someone who solves problems. Milton is called in when all else has failed, and his job description includes murder. But Milton has reached the point where his past is haunting him with nightmares, and he wants out, but just walking away in not an option. Then he meets Sharon, a single mother in the East End of London. Sharon has a teenage son who is being wooed by a local gang leader. Milton is determined not to let that happen.

I have mixed feelings about this book. I like the person of John Milton but not his profession. The story is complex with lots of surprises but there is a lot of gang activity and violence and I just find that hard to relate to. I think I was expecting more of a traditional spy story. That being said, I might have to read book 2 so I can find out what becomes of Milton. The narration was excellent and really enjoyable to listen to. Overall, I think the book is well-written and narrated, it just wasn’t quite to my taste.

One thought on ““The Cleaner” by Mark Dawson – Audiobook Review”