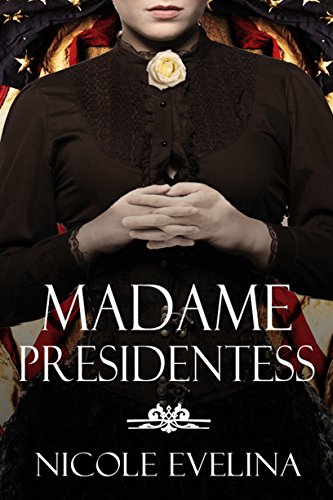 It’s election season 2016 and as we look to the possibility of electing a female president for the first time, I couldn’t resist the opportunity to read this book, “Madame Presidentess”, about the first woman to run for president in this country. That’s right! Hilary Clinton is not the first woman to RUN for president. That honor belongs to Victoria Woodhull who was a candidate for election in 1872 as an independent. Mrs. Woodhull, sometimes referred to as “Queen Victoria” turns out to be a fascinating character. She did not have an idyllic childhood and certainly did not come from money, but she was passionate about rights for women and never let anybody tell her she couldn’t do something because of her gender. Victoria was the daughter of a con-man who was mean and abusive to his children, but she was determined to have something better. On her way to becoming a presidential candidate she was also the first woman to own a Wall Street brokerage firm. Her naysayers along the way were vicious in their attacks and more than one friend turned against her but she never stopped believing in her cause.

If you’ve been following me for a while you know that I occasionally enjoy exploring the lesser known corners of history. This book is no exception. I found the life of Victoria Woodhull to be fascinating and the author has done an excellent job in telling it. I have to say that I’ve never really given too much thought to the feminist movement before the 20th century and this book really opened my eyes to the work that was being done by women starting in the 2nd century of this country. Victoria Woodhull and her fellow suffragists didn’t get to see all the fruits of their labor during their lifetimes but I suspect that they look down with pride at what has been accomplished with the groundwork they laid. While the reader may not agree with everything she espoused (do any of us ever agree 100% with another person’s views), she is nevertheless a hero of the women’s movement in the United States and should be remembered as such. I highly recommend this book.

Pick up a copy on Amazon!