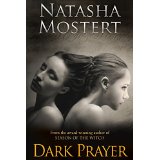 A fantastically intriguing story! This is the first book I have read by this author and I am so impressed with the creativeness of this story that I will definitely be adding her to my go-to list.

Jack is a rich kid with no direction to his life. His dad is about to drop all support unless Jack does what he asks. What he wants him to do is go to London and befriend a young lady named Eloise who is the ward of a friend. Eloise was raised as Jennilee to be prim and proper but after a traumatic incident she lost her memory and became Eloise. Jack has been told she is experiencing what is called a “fugue state” where she remembers nothing of her previous life. As Eloise her main occupation is parkour. Jack has some experience with parkour and uses this as a way to get to know her.

As he gets to know her Jack realizes that she sees apparitions which feel like memories to her but not her own memories. Eloise’s mother was part of a group of scientists who were studying memory and drugs that could either erase memories or restore them. Jack also discovers that his father had been part of that group and had been having an affair with Eloise’s mother. Jack and Eloise are able to track down a member of the group who is willing to talk to them and they find out that Jennilee was being used by her mother as a human test subject for her experiments. Jennilee was also a witness to her mother’s murder. She remembers none of this now but the figures she sees in the apparitions are part of the memories that her mother programmed into her. There is a way to unlock the fugue state but does she really want to go back to being Jennilee?

I found the memory research to be a fascinating component in this story. The descriptions of the parkour run were also beautifully written. This is a sport I knew nothing about before reading this book and I learned something with this story. When a book can teach me about something and do it in the context of a good story it’s just that much more worthwhile a reading experience. This book should be on your reading list.