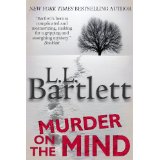 “I set off at a brisk pace, heading for my apartment three blocks away.” – opening line

And life for Jeff Resnick will never be the same again. You see, our hero is violently mugged and finds himself in a coma in the hospital the next morning. When he wakes up he finds that he has the beginnings of a psychic ability and he is haunted by visions and nightmares of a horrific murder.

Jeff is taken in by his older half-brother and his wife and relocates from New York City to Buffalo. When he arrives in Buffalo he hears that a prominent banker has recently been murdered. As his mind and body start to heal he remembers an encounter he had as a teenager with the murdered man that significantly impacted his future. He also realizes that the nightmares he’s been having are about this man’s murder. Having previously been an insurance investigator he decides to put his skills to use and follow up on the clues his mind is giving him. With the help of his brother he starts tracking down the life of this man and what led someone to kill him. In the end, he solves the mystery but I’m not going to tell you anymore because, as usual, I want you to discover the story yourself.

I was a little unsure when I first picked up this book if I would enjoy it because I think it can be hard to write about psychic abilities in a way that doesn’t sound far-fetched. By I think the author has done the job well here. I really liked the main characters and they were well developed throughout the book. Jeff and his brother are very likeable and the second theme of the book is the development of their relationship to each other.

I am giving this book 3.5 out of 4 stars, my only hesitation being that a few of the transitions seemed a little stiff. This is the first book I’ve read by this author and overall I really enjoyed the story. It was well paced and I liked how she incorporated elements of the city of Buffalo into the story. I would not hesitate to pick up another book by this author and hope you too will try and enjoy this book. 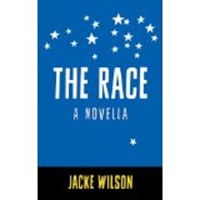 I found this book absolutely fascinating. There was no crime to investigate, no thrills, no action scenes, no romantic scenes just a compelling story that is a journey through what motivates a man to do what he does.

The story is told by a lawyer who is asked by a disgraced politician to help him organize his biography. Then the politician decides he wants to run for office again. He has no support from the media, no support from his party and especially no support from his family. Why? Because while serving as the governor of the state of Wisconsin he had an affair and disappeared for a few days to be with his mistress. Only in this story, his wife does not stand by her husband on stage or anywhere else and neither do his children. People turn away when he walks down the street. And yet he continues until the last moment to be optimistic that the voters will come through for him. Our storyteller is with the candidate through every step of his campaign because he has no manager and no staff.

I couldn’t help but feel that there is a lot of truth in the author’s portrayal of the candidate that confirms my personal opinion that some of them seem to live in a bit of a fantasy world. I also found the author’s writing style to be very approachable, like a friend relating a story. Bottom line, I thoroughly enjoyed this book and would highly recommend it to everyone. And since it’s a novella and doesn’t require a huge commitment of time, those of you that might not typically pick up a book in this genre should really give it a try. I hope to read more from Jacke Wilson in the near future. 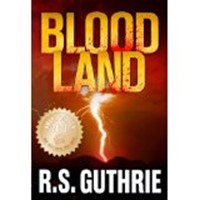 I absolutely loved this book! I was completely captivated by Sheriff Pruett from the first chapter to the last. I almost hate to even summarize the story because I want you to discover it for yourself.

This book is set in Wyoming and I know you’re thinking “Ugh, a western”. But I would encourage you to try it because it’s not a typical western style story. And Sheriff Pruett is not your typical cowboy, in fact, he never even gets near a horse in this story.

So what is this book about? The story opens with the murder of Sheriff Pruett’s wife. James Pruett has been the sheriff in Sublette County in rural Wyoming for a long time. He has also been married to the love of his life for a long time. And now she is dead by the hand of her own brother. This book is about Pruett’s journey through the investigation of his wife’s death, through the uncovering of cover-ups that have been years in the making, through the righting of wrongs and through reconciling with his past. The story, in my opinion, is beautifully crafted by R.S. Guthrie. His characters are both lovable and despicable, sympathetic and just plain mean.

Blood Land is the first in a series and I, for one, can’t wait to read the rest. I think this book deserves 4 out of 4 stars. And my thanks to R.S. Guthrie for sharing this story. 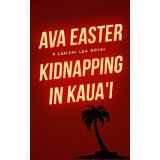 See my review for the Online Book Club at: http://forums.onlinebookclub.org/viewtopic.php?f=53&t=22332

Wounds of Honour is the first book in the Empire series by Anthony Riches.

The years is 181 AD and Marcus Valerius Aquila, an officer in the Praetorian Guards finds himself posted to the outer extremities of the Empire, Britain, for a reason he doesn’t learn until he gets there.  The Emperor Commodus has declared that he and his family are traitors and have been condemned to death.  The only way he can survive is to take up a new name and a new post as a centurion in a unit stationed on Hadrian’s Wall.

But nowhere is safe.  There are enemies among the natives to both the north and south of the wall as well as hidden enemies in the Roman army itself, searching for the traitor.  Marcus Tribulus Corvus, as he becomes known has to prove himself; to justify the risks others have taken, to stay alive and…